FacebookEmail
| logout
Laurens County, SC – South Carolina Rep. Mike Pitts’ bills regarding financial oversight of the school budget and consolidation of the two primary school districts in Laurens County sailed through the South Carolina House in Columbia Thursday morning, surprising at least some of the local lawmakers and blindsiding members of local school boards and district staff. Rep. Mark Willis knew Pitts had mentioned a desire to look into it early in this session but was surprised the bills were presented without adequate contact with

the districts, and he said the votes on the first two readings had gone very quickly.
“It was the first two things on our calendar yesterday morning,” Willis said. “I didn’t vote for it because I didn’t think you should do this without contact with the districts.”
Having passed the House, however, there was concern about the speed it might pass through the Senate, but that’s not looking likely.
With only six legislative days remaining in this session the chances are slim that the Pitts’ bills, H 5317 and H 5318, will make any headway through the Senate, said District 9 Sen. Danny Verdin of Laurens Friday evening.
“Generally the Senate is a more deliberative body and my instincts tell me the subject needs a lot of conversation and deliberation,” Verdin said Friday evening following a day where he estimated having received well ove 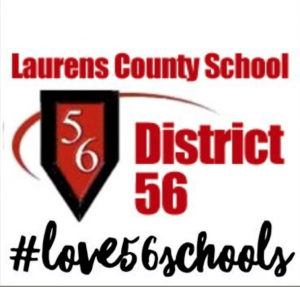 r 100 contacts through voicemail, text and email on the matter.
“I have no desire to create a rift, and I’ve known Mike has been concerned about this a long time so I was not blindsided like some might have been,” Verdin said. “He’s passed a bill that has a lot of merit and legitimate ideas and discussion that need to come from this but I can’t do this justice with this time frame and still have public hearings and input from constituents.”
Verdin said the concept of consolidating district offices is not a new one within Laurens County and he knew Pitts was researching many of the details.
“I can’t say I would have handled it in the same way,” Verdin said. “However he started the process and it’s a needful discussion. But there’s no way I’m going to have time to finish because there’s no time for public hearings and I’d want to get feedback.”
Verdin said it’s been talked about before, but not recently with district stakeholders and constituents.
“I think we will see it next year when there’s time to form a consensus of opinion but right now I could not do justice to the process and I want to hear from the people of Laurens County.”
The suggestion of consolidating schools is not a reach because S.C. State Superintendent of Education Molly Spearman has been encouraging the consolidation of smaller member school districts, especially those which are lower in student number or struggling financially, though Laurens District 55 and Clinton District 56 have not fallen into those categories..
Pitts said he’s had discussions for years on the subject so he didn’t think that it would create the shock which ensued Friday.
“I’ve been talking consolidation since Jeff (Duncan) and I were together in the House and that was a decade ago,” Pitts said. “I’ve been working with Clemson, other state agencies, members of the delegations and I’ve talked to people both opposed and in favor of consolidation and I still occasionally ask crowds for a show of hands about what they think of it.”
Pitts admitted that Bill H 5318 had some “technical problems,” he said, such as incorrect district numbers overlooked from the Sumter school districts which Bill 5318 was based on. Bill 5317, the financial oversight bill, is based on Greenwood County, which requires Greenwood County Council to review the school’s budgets and thereby would removes the district’s autonomy.
“This is a legislative issue because we are in a republic and in the long run, it’s a good thing for Laurens County and the school system,” Pitts said.”People saw it as being done under the cloak of night or something like that but this is the process established in the House for local issues.”
School district changes have to be done within the state legislature rather than by referendum or another system.
The two school districts were surprised that they had no prior knowledge of Pitts’ plans this week, and both expressed concern of the difficult timing since the schools are in the middle of required testing.
“While the timing and communication of the initiative is unfortunate, we must continue to concentrate on the safety, security, and advancement of our students and our schools,” said District 55 board chair Susan Calhoun-Ware. “We will continue to support and encourage our teachers and make sure they know we are doing everything we can to ensure a bright future for everyone associated with LCSD 55.”
District 56 superintendent Dr. David O’Shields said he had also been fielding calls all day.
“Personally I think there are reasons for discussion, both for and against consolidation, but it should be an extended period of  conversation,” O’Shields said.
Like others, he knew that the Laurens County Chamber of Commerce’s Leadership Laurens had discussed the financial impacts of consolidation about 15 years ago, but currently neither district faces the types of issues which Spearman has suggested.
“Our communities are very unique, and currently our stewardship is to be responsible to the respective communities in our districts,” O’Shields said.
Posted in News and tagged consolidation, District 55, District 56, Laurens County SC, Mike Pitts, Molly Spearman, South Carolina Department of Education