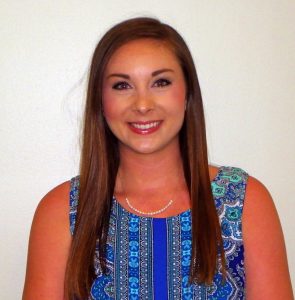 A new Presbyterian College economic-impact study conducted by a PC senior and Clinton native estimates the impact of the school on the Laurens County economy has nearly doubled since the last such study was completed more than a decade ago.

Sela Vaughan, a business major with concentrations in accounting and management, presented her findings at PC this past week.

“We analyzed all different parts of PC,” Vaughan said of the study, which began in January and essentially became an independent-study project during her final semester of college. “We analyzed faculty and staff spending in Laurens County; we analyzed student spending at various businesses. We analyzed PC’s institutional impact as a college; we analyzed construction expenditures; and we analyzed volunteerism and internship hours recently completed.”

Vaughan said several factors played into the increase, most notably the addition of the PC School of Pharmacy and ongoing construction projects that constituted investments of $15 million in 2017.

The pharmacy school has added 281 additional students to PC’s undergraduate total of 1,063 students. PC also employs 312 people, making it among the top-20 largest employees in the county.

“The pharmacy school and the construction – it really does add a lot more to it,” Vaughan said. 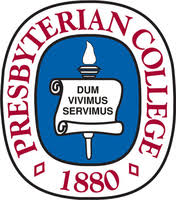 Vaughan, who worked on the project under the tutelage of PC Professor Norman Scarborough, used IMPLAN – a software program developed for economic planning – to process the data she collected. She said the IMPLAN software was developed specifically for Laurens County to translate the data it received as exact as possible.

“The SAM multiplier was 1.33,” she said. “That means for every dollar spent in Laurens County (by PC connections), another 33 cents is re-spent here.”

Vaughan, who will begin her post-graduate studies at Clemson’s Greenville campus in the fall, said she believes PC’s economic impact locally will continue remain steady.

“This (study) doesn’t predict or anything, but it’s not going to go way down or anything,” she said.

Vaughan concluded her four-month project with a 30-minute presentation of the 50-page study Thursday morning.

“I definitely think this is an important study that needed to be done in order to evaluate PC,” she said. “I’ve lived in Clinton my whole life. . . . I already appreciated PC a lot, but it made me appreciate it even more.

“I was able to take tons of date from all different areas and combine it into something meaningful – and create an estimate of the value of PC here. It gives me a feeling of accomplishment.”