Clinton, SC – Presbyterian College learned earlier this month that its application for accreditation of its planned Physician Assistant school  had been turned down, and on Tuesday, Presbyterian College President Bob Staton was able to work with PA leadership team and the officials of the accreditation review commission and decided a reapplication would likely cause the school only a one year delay.

Though he was disappointed that the first application process didn’t fulfill PC’s hopes of starting classes this August, he said he understands that the certification has to require the very best a school can offer, and it’s better to be ready to open a very strong PA school one year late than open before its ready. 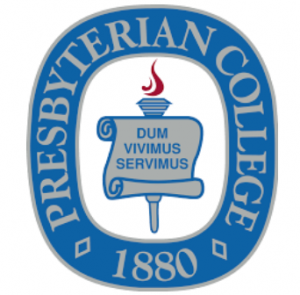 “I think it’s fair that you want a strong accreditation process,” Staton said Tuesday evening. “Young people are investing their money and their time into a program and you want to be sure they’re getting a good degree and that they’re going to be able to pass the certification and be good practitioners.”
When PC first learned that the accreditation commission wasn’t going to pass them on this first try, the leadership team quickly applied for an appeal.
“We filed within the required 10 days to preserve our time,” Staton said. He then spent Monday and Tuesday working out the plan with accreditation commission staff that should give PC the quickest results, and concluded that  continuing an appeal is not the best path.
“We are not backing up and at this point this is the quickest way to get there,” Staton said, who said he and the PA staff felt it had a thorough and strong application, but there were some things missing. Now, with a stronger understanding of the process, Staton said talks Tuesday finalized their plans to reapply.”What we want to do is get the school open, so we were able to work through that (Monday) night but we didn’t have it in writing until today,” Staton said, and he explained Tuesday’s decisions are actually a relief.
“ 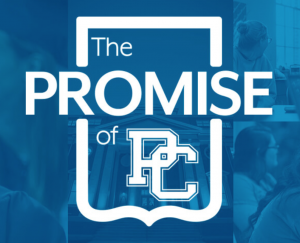 I’m very pleased,”Staton said. “We weren’t sure we could do all this and after we preserved our time with the initial appeal request we learned the appeal can take months and if you don’t prevail you’ve wasted a lot of time. This way we can expect to get it all right next time and open in August 2019.”
The same PA leadership staff will start back again on a more thorough application, “and if we have to hire a consultant to help us we’ll do that,” he added. He expects the new application can be ready for submission by late 2018 and they’ll return to the accreditation process.
In the meantime, students who had applied and been accepted to PC on the provisional basis will have any fees given to PC returned, and they can reapply.
In the meantime, Staton said the 10-year accreditation that PC’s undergraduate program received in December and the rare certification its Biochemistry program received last year is an indication that they are heading in the right direction.
“Accreditation has to be tough and the liberal arts is the core of what we are,” Staton said. “These other things build off the core and attract students who want to go into the other programs,” he said, referring to the 25 students a year who choose PC prior to pharmacy school.
“We are continuing to move forward with an occupational therapy school and we are beginning a search for the director of that program,” he said. “We need to do this because they build on the strengths we already have in the liberal arts college.”
Look for background on the story in the Wednesday issue of The Laurens County Advertiser.
Posted in News and tagged Bob Staton, Clinton SC, Liberal arts, Liberalarts, Occupational therapy, PA School, PC, PC President Bob Staton, Pharmacy, Physicians assistant school, Presbyterian College