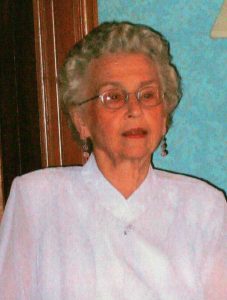 She was the daughter of William Henry Davidson and Lula Finney Davidson. She was a lifelong resident of Clinton and descended from many of the early colonial families of Laurens County. She was a graduate of Presbyterian College. She was a childhood member of Broad Street United Methodist Church and later became a member of First Presbyterian Church.

A memorial service will be held Monday, April 23, at 11 a.m., in the First Presbyterian Church of Clinton Chapel.