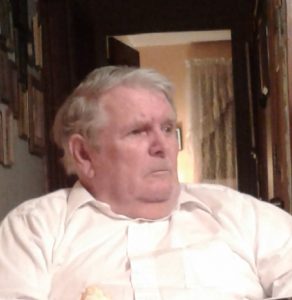 He was born in Laurens and was a son of the late T. V. Stevenson and Bessie Hazel Rodgers.

Mr. Stevenson was a retired employee of Wilson’s Sporting Good and a US Army Veteran of the Korean War where he served as an Ammunition Supply Specialist in the 135 Infantry Regiment. He was a member of Warrior Creek Baptist Church and enjoyed participating in church league softball.

In addition to his parents, Mr. Stevenson was predeceased by his daughters, Lisa Ann Stevenson and Shirley Jean Vinson; a granddaughter, Jennifer Marie Sanders; and four sisters.

Funeral services will be conducted on Saturday, April 21, at 1 p.m., at the Warrior Creek Baptist Church, followed by burial in the church cemetery with military honors. The family will receive friends prior to the service from 12 to 1 p.m. at the church.