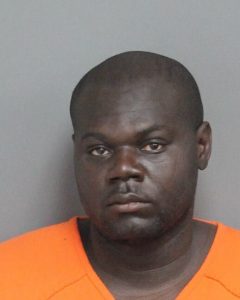 The Laurens County Sheriff’s Office announced Thursday afternoon that it had arrested a suspect in the bomb threats called in earlier that morning. The threats forced the evacuation of Laurens County Memorial Hospital and the Clinton and Newberry offices of Palmetto Bone and Joint Clinic.

Eric Rico Hill, 29, of Bailey Street in Clinton was arrested Thursday afternoon and remains in custody at the Johnson Detention Center. Hill is charged with two counts of making bomb threats.

More than 40 patients were evacuated from Laurens County Memorial Hospital for nearly three hours Thursday. Patients and staff were allowed to re-enter the hospital just before noon.

“Today we experienced a tremendous response from community, staff, patients and their loved ones during and until the end of our bomb threat situation,” Justin Benfield, regional chief operating officer for  Greenville Health System, said Thursday. “Of special note was the phenomenal response by our community partners including the sheriff’s office, Laurens County EMS, Clinton police and fire departments, GHS Mobile Care and emergency responders from Spartanburg County. Because of emergency preparedness efforts led by GHS and  Laurens County officials, the process went well and smoothly. We could not have been more proud of the professionalism of our employees and physicians as they all carried out their responsibilities and followed our protocols. Finally, special thanks also go to local businesses including Chick-fil-A, Pizza Hut and Dempsey’s Pizza for feeding our staff and community helpers, Laurens County Vocational Rehabilitation for ample water supplies and to Gray Funeral Home for providing tents for patients and staff.”

The LCSO, Clinton Public Safety and members of the S.C. Law Enforcement Division, including bomb-sniffing dogs, investigated the threats and searched the buildings for explosives.

A Crime Stoppers tip came in Thursday at 2:11 p.m., indicating that a bomb was on premises at the Laurens County Judicial Complex at Hillcrest. That case is still under investigation, according to the LCSO.