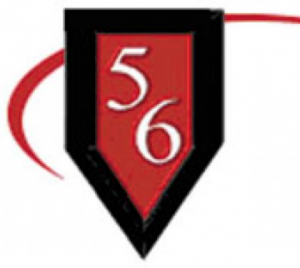 Clinton, SC – No students have been charged, but Clinton Public Safety was called when numerous copycat-style bomb threats were written on various bathroom walls in Clinton Middle School early on Wednesday, resulting in a special-called school assembly that very day to explain the negative ramifications for any child found to have written the notes.
“This was a situation where students were copying the threat at Clinton High School, and there was nothing to imply it was a real threat, so we did not evacuate,” said District 56 Superintendent Dr. David O’Shields. A bomb threat had been found written on a Clinton High School bathroom wall late last week and extra security personnel were in place all day Monday.
The CMS notes were different, however.
“It became so rampant and so overdone that at this point it had become something unacceptable and we needed to address the entire student body.”
O’Shields said of the notes: “They were everywhere,” and likely written by many different students.
From the time the notes were found in multiple boys’ and girls’ bathrooms, O’Shields said the school resource officer remained in touch with Clinton Public Safety. O’Shields said he agreed with Clinton Middle School Principal Chris Winkler’s approach to hold the special-called assembly to address the issue and explain that such behavior would not be tolerated and students should report behavior or actions detrimental to a school’s safety.
“Sometimes what children of 13 and 14 and 15 might think is funny is absolutely not funny, and in this case is a punishable crime,” O’Shields said. “Mr. Winkler explained this is criminal behavior and perpetrators would be turned over to Public Safety officers.”
O’Shields said Winkler encouraged the students to live up to the expectations of the maturing middle school students they are, and to live up to the faculty’s expectations of them, and to understand that they needed to be good citizens of their school community.
“Violence and threats of violence are never seen as cute,” O’Shields said. “The students needed to understand that it wasn’t cute; it wasn’t funny and if this continued how would we be able to discern the difference between that which is fake and that which is real?”
O’Shields said there are cameras in the hallways of the school but there have never been plans to put cameras in the bathrooms because of obvious invasion of privacy issues. School safety is of utmost importance, however, so the board could look at the possibility of monitoring when students enter and leave the bathroom or teachers could take note of who goes down the hall at specific times.
“We want our middle-schoolers to be treated with the privilege of being middle school students, but they have to understand the severity of consequences,” O’Shields said mid-day Thursday. “Thus far today, we’ve had no more  behaviors.”
Posted in News and tagged Bomb, bomb threat, Clinton Middle School, Clinton SC, consequences, District 56, middle schoolers, nothing found, prank, students, upstate SC