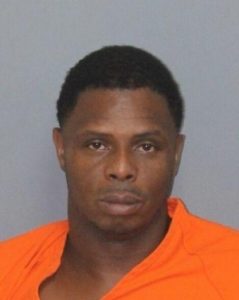 Ronald Duyane Davis halted his murder trial after more than two days of testimony and legal maneuvering, pleading guilty to volunteer manslaughter in the 2016 shooting death of his girlfriend at their Fountain Inn residence.

Davis entered his guilty plea Wednesday afternoon, agreeing to a sentence of 25 years in prison to run concurrently with a five-year sentence for possession of a weapon during the commission of a violent crime. It was his 42nd birthday.

He had previously claimed he acted in self-defense in the death of girlfriend Shana Renee Prophet in the early morning hours of July 3, 2016.

Prophet, 28, was pronounced dead at the scene of the couple’s home on Allen Bridge Road. She had been shot five times, according to reports from the Laurens County Coroner’s Office.

“My Shana was a good girl; she was a good mother; she was a good sister,” Prophet said when addressing the court. “I know nothing will bring her back, but I thank the solicitor’s office and everybody for this closure.”

Eighth Circuit Deputy Solicitor Warren Mowry read a long list of Davis’ run-ins with the law, which included petit larceny, aggravated assault, public intoxication and several incidents of criminal-domestic violence. Most of those incidents came in Newberry between 1998-2005.

Davis, a former truck driver, told the court that he had cleaned up his life after that long series of crimes, attending seminary and pastoring a church from 2009-2014.

But prosecutors said they were about to introduce evidence of text messages from Shana Prophet to Davis that read she was breaking up with him. A few hours after receiving those texts, Davis made a 9-1-1 call and told Laurens County dispatchers he had shot Shana Prophet. Soon thereafter, Davis turned himself in at the Johnson Detention Center later on July 3, where he remained until being taken into custody by the S.C. Department of Corrections after his plea. He will receive credit for 633 days time served at the county jail.

Hocker called the incident, “a tragedy on both ends.”

Both McNeill and Mowry said they felt the plea deal was an appropriate end to the trial.

“It’s something that we don’t like to do during the middle of the trial,” Mowry said of the plea agreement. “But we believe this was a good resolution.”