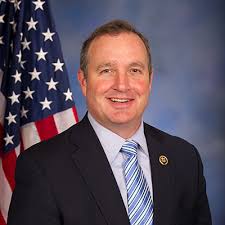 The official filing period for November’s General Election began at noon Friday and will continue on through Friday, March 30. In addition to Duncan’s seat, three Laurens County Council seats will be on the ballot along with S.C. House of Representative districts 14, 16 and 42.

“I’m here filing for re-election to serve the third congressional district once again in Washington and continue the work we’ve been working on for seven years – that’s limited government, free markets and individual liberties,” Duncan said on Facebook Live. “It’s a great day to begin the elections season.

“I just wanted you to let you share this moment with me, filing for re-election here, which will be for my fifth term in congress after eight years,” Duncan continued. “I’m excited about it, and I just wanted to share that with you.” 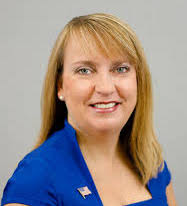 Duncan’s District 3 seat will be contested with a challenge coming from Greenwood Democrat Mary Geren, who wasted little time putting her message on social media as well.

“I continue to be humbled by the outpouring of faith and encouragement I receive from District 3 residents from all walks of life,” said Geren, an English instructor at Tri-County Technical College. “Regardless of their skin color, age, disability, gender identity or sexual orientation, they all envision an America we can be proud of, an America that uplifts the least of these, an America that honors hard work with a living wage and affordable healthcare, an America that honors our Veterans who have risked it all for our freedom, and an America that puts our children’s education and safety before partisan politics.”

Third-party candidate Dave Moore, of Salem, also filed a challenge for the District 3 seat in congress as a member of the American Party of South Carolina. The party is only active in the state. It was founded in 2014 by physician Oscar Lovelace and former state superintendent of education Jim Rex. The party positions itself as a centrist alternative to the two heavily divided traditional political parties.

During the first three days of the filing period, Laurens County Council District 4 representative Republican Stewart Jones filed for re-election. In District 5, Dale Mitchell of Laurens filed as a Republican candidate for the seat currently held by Keith Tollison. Tollison, who spent much of 2017 juggling out-of-town work commitments with his duties on county council, said he has not decided whether or not he will seek another term on county council. Tollison missed successive council meetings on several occasions due to work obligations over the past year.

In District 1, Ted Nash has announced he will not seek re-election. As of Tuesday afternoon, no one from the Fountain Inn area that encompasses District 1 had filed for the election.

In the S.C. State House of Representatives, incumbents Mike Pitts (R-Laurens) in District 14 and Mark Willis (R-Fountain Inn) are seeking re-election in November.

Doug Gilliam, a Republican from Union, filed to fill the seat vacated by the retired Mike Anthony (D-Union) in District 42. District 42 represents parts of Union County and a small swath of Laurens County near Clinton.

So far, none of the races in the statehouse are challenged.

Other incumbents have filed and thus far remain unchallenged for their Laurens County offices. Jim Coleman (auditor), Kay Fridy (probate judge) and Cynthia Burke (treasurer) are on the ballot for the upcoming general election.