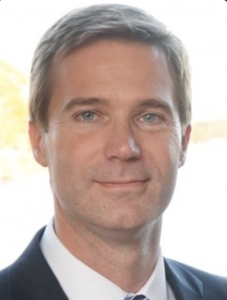 Clinton, SC – Clinton will be searching for a new assistant city manager after Assistant City Manager Jerre Threatt resigned from his position last week, and Clinton Mayor Bob McLean said although he hadn’t spoken to Threatt, he was sure he would do well in his next venture.

“Jerre always presented a very professional image and that’s something that is hard to come by these days,” McLean said, adding that he understood Threatt submitted his resignation last Wednesday morning. “There are plenty of positions out there that he would do well in and I wish him the best.”

Recently-hired Clinton City Manager Bill Ed Cannon could not be reached for comment.

During his years at the City of Clinton, Threatt had continued to increase the contacts he made which led to many investments within the city limits. His efforts helped attract $20 million of investments into the city and he was instrumental in the development of the Main Street program in Clinton 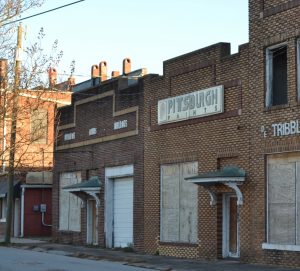 Through Threatt’s efforts the city obtained a Community Development Block Grant which will soon be used to shore up one of the D.E. Tribble buildings. In his prior role as community development director, Threatt followed city council’s desires in finding ways to save and restore Clinton’s important historic structures and bring them back into active use. Apartments above retail space on Main Street are already open for rental, and that historic development is part of that effort.

Still outstanding were the “brownsfield” grants he had been seeking for the city. Brownsfield areas are locations, such as abandoned mills, which need to be assessed for potential danger to the environment, and he had announced the potential for obtaining grants to help cover some of those expenses at a Clinton Canopy event in the fall.

Although much of Threatt’s work has been with other city staff, he also worked closely with volunteers through numerous board member, such as Susan Galloway with Clinton Canopy.

“Clinton Canopy has had a good working relationship with Jerre ever since he first came to work for the city, beginning with the Parks, Recreation and Tourism grant application for Millers Fork Trail,” Galloway said. “He has always been encouraging as we have partnered with the city on new projects. We will miss having him come alongside as we dream and plan for future possibilities in Clinton and we wish him well in the next phase of his career.”

“He has been a real asset to the community,” said Bob Staton, president of Presbyterian College who worked with Threatt as a volunteer on the Clinton Economic Development Corporation. “I hate to see him leave but I wish him the best.”

Published in the Wednesday, March 14 issue of The Laurens County Advertiser.