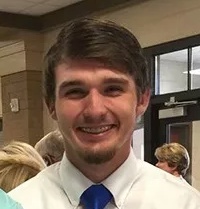 A Lander University student was killed Thursday night in a single-car accident on U.S. Highway 25 near Ware Shoals.

James Logan Lusk, 19, died when the 1999 Ford Mustang he was driving veered off the right side of the road and struck both a guard rail and a monument, according to the S.C. Highway Patrol. Lusk, of Pickens, was pronounced dead at the scene by the Laurens County Coroners Office around 11:30 p.m.

According to Deputy Coroner Vickie Cheek, Lusk died of blunt-force trauma to the head and chest.