The calm of Sunday morning worship at New Prospect Baptist Church in Laurens was shattered by a deadly accident outside the church’s doors.

Four people were killed, including a Laurens man and three teenagers, in a three-car accident that families broken and members of a church congregation shaken.

Bruce Blair, 54, of Laurens was pronounced dead around 11:30 a.m. at the scene of the accident by the Laurens County Coroner’s Office as were the three teenagers, all from Union County and students at Union County High School. 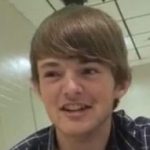 According to Cpl. Bill Rhyne of the S.C. Highway Patrol, the truck, which was driven by Carter, crossed the center line for unknown reasons and crashed head on into the Nissan Altima driven by Blair and then into a third vehicle driven by Sergio McDowell, 31, of Laurens. McDowell was transported to Self Memorial Hospital in Greenwood.

“I couldn’t even recognize what I was seeing,” said New Prospect Baptist Pastor Phil Hall. “There was no recognition of the truck, for sure. There was trash everywhere; it was strewn everywhere because I’m assuming they were carrying some trash in the back of the truck. Then, there was the realization for me that there was another car.”

Hall said a member of his congregation went to the highway and notified him the driver of that car (Blair) was dead. 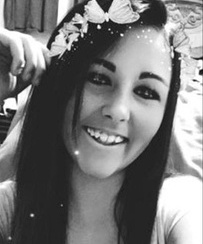 Hall and church secretary Jeri Lynn Nobles said they never heard the screech of tires, only the sound of the cra sh, which they and members of the congregation mistook for thunder or an electrical transformer exploding.

“It was just a very surreal situation,” Nobles said. “It had been raining and freezing cold, and sometimes it does thunder like that. I thought to myself that it was odd, but I didn’t move. I sat there and debated it, and I could kick myself now because I didn’t get on up.”

None of the three teens in the extended-cab pickup were wearing seatbelts, according to the SCHP.

Hall said another group of teens was also traveling north on Highway 221 in front of the pickup, turned around and came back to the church to check on their friends. They also began to call friends and family members in Union County, who began to arrive at the scene several minutes later.

“They were definitely very upset – I tried to talk to them and get them away from the accident,” Hall said. “One of them said two of the kids spoke to him in the truck.”

As family members of the victims began to arrive, Hall said the scene turned into “bedlam.” Families were instructed by first responders to go to Laurens County Memorial Hospital, which gave some of family members short-lived hope, as they attempted to clear the scene.

Nobles said she left the church doors open for anyone who needed access to the church as volunteers from the congregation provided water and food to emergency personnel and comfort to the families while they were there.

Members of the congregation also knelt with the first responders in the church parking lot to pray.

“It was just a lot of pain – a lot of not knowing for a long time,” Nobles said. “I feel for the families and feel a lot for the first responders – the firemen, EMS, the deputies and the highway patrol. They were struggling. It was way more than they’d seen in a long time.”

Students at Union County High School held a vigil Monday for their schoolmates, and the school provided grief counselors.

Blair is survived by his wife, Monica, children and grandchildren.

New Prospect Baptist Daycare Director Vanessa Cook, who is Monica Blair’s cousin, said Blair was a kind man who routinely dropped off his grandchild at the daycare facility.

“Mr. Blair was a sweet gentleman,” Cook said. “It just broke my heart when I found out it was him.”

Cook said the Blairs had been together for many years and were married in 2015. He was a long-time employee of Inman Mills.

“He was just a hard-working man who would do anything for you,” Cook said.

Hall said the stretch of Highway 221 in front of his church has become ever more dangerous because drivers ignore speed limits and drive increasingly reckless.

Even so, he did not expect the grisly scene that greeted him after his sermon on discipleship Sunday morning.