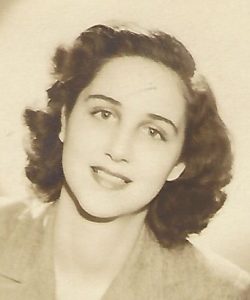 Born in Holly, N.Y., Agatha was the daughter of the late Joseph Quette and Anna Troupo Hurry. She spent her youth in Pittsfield, Mass., and was a graduate of Pittsfield High School. She moved to New York City as a young adult where she worked for several major companies. During World War II, she met a young Lt. Commander in the Navy who was on shore leave. Agatha and John Wells were married on Feb. 24, 1945 in Norfolk, Va. They were stationed in San Francisco for two years until the war ended. Following the war, they moved to John Wells’ hometown of Laurens, SC.

Graveside services will be conducted Tuesday, Feb. 6, at 11:00 a.m., at the Forest Lawn Cemetery.