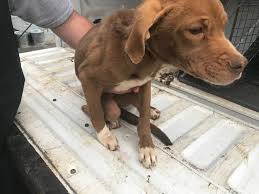 This dog was among three found starving in Gray Court. Two others had died. (Photo from Laurens County Animal Control)

A Simpsonville man is in the Johnson Detention Center in connection with a case of animal abuse in Gray Court investigated by the Laurens County Sheriff’s Office. Two dogs were found starved to death and three others malnourished on an empty lot in Gray Court.

Sylvester Antonio Bolden, of Terriblewood Drive in Simpsonville, was charged with ill-treatment of animals Thursday afternoon.

The dogs were found off of Bryson Road in Gray Court. The deceased dogs were still chained to their kennel area as were two of those who were still alive. The third dog was found wandering around the area with its head stuck inside a food canister. 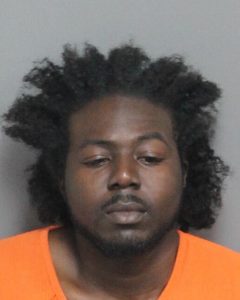 Gilmer said he has contacted rescue organizations on behalf of the dogs, and the youngest – a three-month-old female – has already been rescued.

According to Gilmer, there was no home located where the dogs were found. A call came into LCAC when the dog that escaped was spotted in the Musketeer Court area.