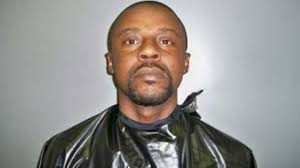 Brown was serving two life sentences for the 2011 murders of his long-time girlfriend, Kingsborough, and Rice.

Brown killed Kingsborough in the parking lot of her Fountain Inn workplace on July 13, 2011. The two had been in a 20-year relationship, and a domestic dispute escalated, leading to her murder.

Rice was killed during a standoff between Brown and police in Clinton. Brown was wounded in the exchange of gunfire and spent five years in the Johnson Detention Center before his trial in 2016.