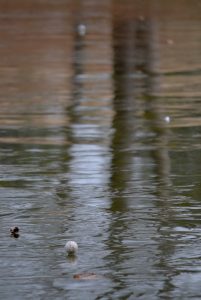 Temperatures warmed up on Tuesday afternoon, but the ponds were still frozen on Monday when Duke Energy Carolinas announced its customers had set an all-time peak record for energy usage during the long stretch of extremely cold weather. It’s notable that Duke and all the other energy providers in Laurens County were able to prevent outages, but record high usage for a utility company now means high bills for customers.

“The highest temperature recorded for Laurens from Jan. 1 to Jan. 8, 2018 was 33 degrees,” said John Young, general manager of Laurens Commission of Public Works. “And since December 9th, Laurens experienced 279 hours where the outside temperature was 32 degrees or lower.”

Wind speeds added to the heating problem, he said, because in the same time frame, Laurens experienced 236 hours of wind speeds 20 MPH or higher.

“I would say that most CPW customers will see much higher than normal usage on their next bill statements,” Young said “This is because we experienced very low sustained temperatures and strong winds during late December and thus far in January.”

The combined winds and low temperatures require heating systems to work longer and require more energy to keep homes warm during these colder periods, Young said. It can be made worse if customers set their thermostats higher than normal to combat the chill.

Duke Energy Carolinas wasn’t the only company to set a record, as Young said the CPW saw its own record broken in its natural gas division.

“The CPW set a record for the amount of natural gas we bought on a single day,” Young said. “On Jan. 3rd we purchased 8,200 dekatherms, and on an average winter day, we buy 3,900 dekatherms.”

The utilities for the City of Clinton don’t include natural gas, but the cold weather will result in higher electric costs for Clinton customers, according to Dale Satterfield, director of Streets and Sanitation. 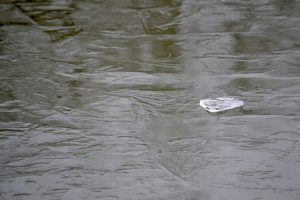 “Even for people who heat with natural gas, you use electricity to run the fans and blowers,” Satterfield said, and small electric space heaters consumer a lot of energy.”

When space heaters are used in poorly insulated homes, it increases the energy costs, even if the homes don’t feel particularly warm.

Both Young and Satterfield said the business offices in their respective utilities will work with customers who come in soon after receiving their bills.

“They need to come in quickly,” Satterfield said. “Don’t want until the last day the bill is due, but our customer service people will help them with a plan to stretch out the payments.”

Some customers can also qualify for some utility bill assistance through the the community change programs offered by both City of Clinton and CPW. The customers can see if they qualify through the Baptist Crisis Center in Laurens and at the Samaritan’s Corner in Clinton.

And though currently temperatures are increasing into those more typical of a  Southern winter, both utility leaders recommend customers do what they can to decrease the energy they consume.

“The higher customers keep their thermostat settings, the higher their bills will be,” Young said. “For optimum efficiency and economy, we recommend setting your thermostat to 68 degrees.”