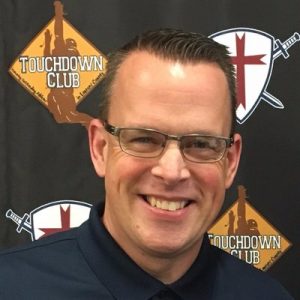 The organization announced the hiring via Twitter on Dec. 20 as Dunlap met with local media in Rock Hill. He began work on Jan. 2.

Dunlap, who has lived in Laurens for the past 25 years, will be returning to his hometown. He is a 1987 graduate of Rock Hill High School, but began his career at the Laurens YMCA after graduating from Clemson.

Dunlap could not be reached for comment, but said the new job is a great fit in an interview with CN2 News in Rock Hill.

“It combined my skill set with what I was doing professionally with digital marketing and digital media,” he said.

Dunlap, who is also a NCAA Division I basketball referee, has been a leader on the local sports scene, helping to start the Little League Baseball program in Laurens, serving as President of the Laurens County Touchdown Club and founding the Laurens County Sports Hall of Fame.

Rock Hill, which sits just outside of Charlotte, N.C., hosted the BMX World Championships in 2017, and routinely hosts major youth softball and baseball tournaments, making sports tourism one of its priorities.

“Sports has beena vital part of my life but its always been on the volunteer side,” Dunlap said. “With the tourism and workingon the economic-development side, it was kind of the perfect storm for me as far as a professional position.”