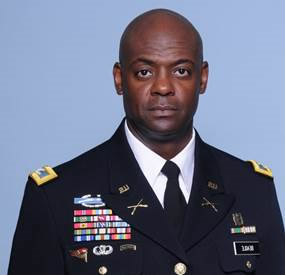 Enoree native and U.S. Army career officer Milford H. Beagle, Jr. was promoted to Brigadier General on Monday, Dec. 18 during a ceremony in his honor at Fort Drum, N.Y.

With the promotion, Beagle becomes the Deputy Commander General for Support for the 10th Mountain Division and Fort Drum.

“It was pretty surreal,” Beagle said of the promotion ceremony. “This is one of those points in the military where the odds are pretty low that you’ll make it to that point are pretty low. The Army is a meritocracy, so you’ve got 2-percent odds to get to the rank of general officer and that’s pretty slim. There are better odds to get called to ‘come on down’ on The Price is Right.”

Beagle graduated from Woodruff High School and then went on to South Carolina State University as a student-athlete in track. He signed his ROTC commitment after his sophomore year in the program, not thinking that 27 years later he would still be an officer in the U.S. Army.

“I think most people think they’re just going to fulfill their commitment and then move on,” Beagle said, noting that he was no different.

He said the relationships among the soldiers and traditions of the service have given him reason to stay in the Army. He has served in Korea, Afghanistan, Iraq, Fort Carson, Colo., Washington, D.C. and closer to home in Fort Jackson as well as Fort Drum.

“All the leadership opportunities I’ve had have been tremendous and being involved with people,” Beagle said. “The Army is one big team, and being on a team of this magnitude is something really special. . . . You see young people come in after you and take your knowledge and wisdom and translate it to other people who come after you.”

Beagles military awards and decorations include the Legion of Merit, the Bronze Star, the Army Commendation Medal and the Meritorious Service Medal among others. He also has earned air-assault and airborne wings.

He is the son of Milford H. Beagle, Sr. and Anna R. Beagle, both of Enoree. Mrs. Beagle and aunt Madge Byrd were among eight family members to attend the promotion ceremony at Fort Drum. He is married to the former Pamela Jones of Blackville and has two sons, 2nd. Lt. Jordan Beagle and Jayden Beagle.