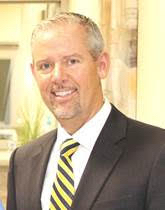 Chad Gambrell has been appointed as Agent-in-Charge of the Greenville County office of the S.C. Department of Probation, Parole and Pardon Services.

Gambrell, a Clinton resident, had served in the same capacity in Laurens County since 2010. He began his new duties in Greenville Monday.

“This promotion is truly a bittersweet opportunity for me,” Gambrell stated in a press release from the SCDPPPS. “While I’m excited about the new challenge of leading the Greenville County office, I am also saddened about leaving many dear friends and co-workers. I’ve spent the vast majority of my career in Laurens and have so many fond memories. Laurens is a special place with many caring and dedicated law enforcement personnel. It’s been wonderful working with Sheriff (Don) Reynolds, (Laurens Police) Chief (Sonny) Ledda, and (Clinton Public Safety) Chief (Robin) Morse.”

Gambrell has been employed with the Department since 1991, after graduating from the University of South Carolina with a degree in Criminal Justice. He served in the Laurens County Office in several capacities including Caseload Agent, Court Coordinator and Team Leader. He was promoted in 2006 to Assistant Agent-in-Charge and transferred to the Spartanburg County Office before taking over the Laurens County office.

Gambrell is married to Kristy Young Gambrell, who is employed as Practice Manager with Self Medical Group. They have two children, Mason-Paige and Trenton.