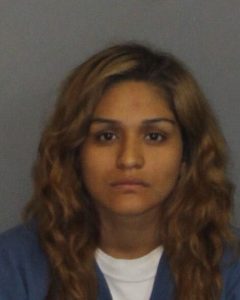 Karina GalarzaKarina Galarza received a sentence of 18 years in prison after pleading guilty Monday morning for her role in the 2016 death of Edwin Diaz.

Galarza, 19, faced murder charges in the death of Diaz, but the 8th Circuit Solictor’s Office chose to offer the plea deal at the behest of the victim’s family, said Assistant Solicitor Warren Mowry.

“We were fully prepared to go to trial for murder today,” Mowry told the court, explaining that the family had sat through the murder trial and conviction of Fabian Green and did not want to go through another.

Davian Holman also pleaded guilty Monday to accessory and accessory after the fact after the fact to murder and was sentenced by Circuit Judge Donald Hocker to eight years in prison, which was suspended to 549 days time served with five years probation.

Judge Frank Addy, Jr. accepted Galarza’s plea and handed down the sentence. Galarza could have received up to 30 years in prison, but Addy said he believed Galarza showed contrition and had been involved in an abusive relationship with Green before and after Diaz’s murder.

“I know that if there was some way that you could go back in time and undo this or keep this from happening, you would,” Addy told Galarza upon sentencing. 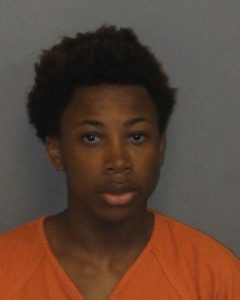 Galarza will receive credit for time served since her arrest on May 27, 2016, but must serve 85 percent of the 18-year sentence before a chance for release.

“I’m sorry I didn’t say anything,” Galarza said, addressing the court and Diaz’s family, acknowledging her part in an attempted cover-up of the murder. “I wanted to apologize to his family. (Diaz) didn’t deserve to die. I’m praying that they have peace in their hearts. He didn’t deserve that.”

Green, 20, was convicted of murder of Diaz, who was 17 at the time of his death, in June and was sentenced to 45 years in prison. Green and Galarza were accused of luring Diaz to Galarza’s home where Green bludgeoned him to death with a hammer on May 8, 2016. Green and his cousin, Holman, took Diaz’s body to a secluded spot near Clinton where they burned his remains, which were discovered two weeks later. Holman testified against Green during Green’s murder trial.

This entire case has been nothing short of horrific for the family of Edwin Diaz-Chirinos from the moment Edwin went missing, thorugh the trial and conviction of his murderer, Fabian Green, earlier this year to the guilty pleas of the two accomplices, Karina Garza and Davian Holman,” said 8th Circuit Solicitor David Stumbo. “My prosecutors and support staff have worked very hard on this case, and I am extremely proud of them for putting Edwin’s killers behind bars for many years to come. We pray for Edwin’s family to find some measure of peace and comfort in the memory of what a fine young man he was on Earth.”

Diaz’s mother, Elde Chirinos, spoke for her family prior to Galarza’s sentencing.

“I want to say thank God that my son’s death does not go unpunished,” she said, thanking the solicitor’s office and Addy for their work on the case.