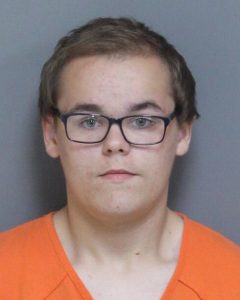 The Laurens District High School senior who made threats on social media that he would bring a gun to school is now facing more than a school suspension.

Harley Dean Bogar, 17, of Woodruff, was charged with disturbing school Friday and booked into the Johnson Detention Center. As of Tuesday evening, Bogar was still in jail with bond set at $2,000.

According to Laurens County District 55 Acting Superintendent Edward Murray, the threats were made on the social-media platform, Snapchat.

Initially, Bogar was suspended from school after he met with his guardian and school officials.

Murray said other LDHS students warned the staff about the threat, and it was not carried out.

“None of our students or staff were ever in any danger,” Murray said.