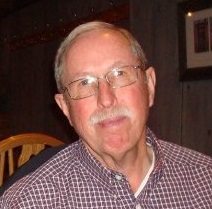 Big Al or Mean Old Al as he was begrudgingly referred to by his children’s friends lived a big life. On weekends when he wasn’t operating a crane for his construction business, George A. Reid, Inc, he loved weekend rides with his BMW motorcycle group “The Old Farts” formerly known as FOG, Fast Old Guys. He was an avid hunter and fisherman. Those skills came in handy when trying to find his drone after crash landing in remote areas. Big Al was handy. He built custom dune buggies, a cedar strip kayak and handmade cutting boards. He could also fix just about anything and was always available to help out friends with broken things. Probably his best known trait was that he was an excellent “Pot Stirrer.” He never missed a chance to tease, joke or prank and was beloved for his charming wit, twinkling eyes and mischievous grin.

Visitation for family and friends will be Tuesday, October 10, 2017 at Gray Funeral Home in Clinton, SC from 6-8pm. A memorial service will be held at 11 a.m. on October 11, 2017 at Broad Street United Methodist Church in Clinton.