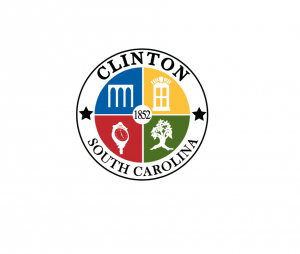 Clinton City Council approved recommendations by the Accommodations Tax Advisory Committee to grant three requests that will help promote tourism in the City of Clinton.

Although the city each year benefits from accommodations and hospitality tax funds for use in the city’s general fund, a portion of the funds had been held by TERC, the state’s Tourism Expenditure Review Committee, which reminded Clinton staff that it had not used the funds for the last three years.

Even with fines levied due to lack of appropriating the funds, the city still had enough in the state reserves to grant the requests by three applicants, and as required, each request is tourism-related.

Advisory committee member Kay Addison said the city had gone through the process required by state law of publicizing for two weeks the opportunity to apply for the grant funds and the committee had received three applications, each dealing specifically with projects that would attract tourists from out of town.

The state regulations specify drawing tourists from 50 miles away, Addison said, so these project requests were very specific.

“We approved $5,000 to Flight of the Dove because they create a lot of tourism,” Addison said. “We also recommend giving $12,500 to the Bronze Train Heritage Walk, which is similar to the one in Greenville with the mice sculptures and would bring people to the downtown.”

According to Addison, the $12,500 would be used to purchase bronze train ticket sculptures to be placed around the downtown area.

And the remainder, $178,953.78, would go toward the City of Clinton welcoming center, Addison said, explaining that the state regulations are very specific for use in a variety of ways promoting tourism.

“Their guidelines are very specific and all of these met those requirements,” Addison said.

Council members were surprised that the funds had not been used in the last two years, resulting in the fines being levied, but Shirley Jenkins focused her attention on the city’s plans for the welcome center.

Assistant City Manager Jerre Threatt showed council the long-range plans council had approved early last year which dealt with the preservation and integration of the historic industrial and warehouse district as part of the city’s tourism district.

“We had to make a decision on the funds quickly,” Threatt said, “and the architectural plans include a building that is partially enclosed and partially open for use as a stage of farmers market.”

Chief Finance Officer Renee Morrow said the funds cannot be used in any other way and the state’s TERC committee wanted a decision this week in order for the city not to forfeit the funds.

Acting City Manager Dale Satterfield asked Morrow if the decision could be delayed and she said no, because the city’s application process timeline had already passed and the two weeks of newspaper announcements had all been done according to state guidelines.

Mayor Bob McLean was concerned that a large portion of funds was going to a single use. Threatt explained that with donor funds from Main Street Clinton, the funds gave the city the ability to jumpstart the planned visitors center without using many, if any, taxpayer funds.

Council member Ronnie Roth said since the city and the committee went about the process properly according to state law, he felt it would be OK, and council member Jenkins made the motion to accept the recommendation of the committee.

In other business, Satterfield presented concerns to council about renovation needs for the city’s Department of Public Safety but council decided to delay discussion of the matter until a new city manager was hired in the near future.