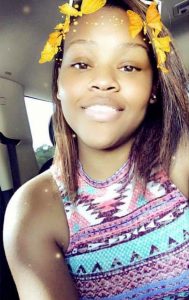 Friends and family members are remembering Gray Court’s Aley Goodwin as having a big personality to go with a constant smile.

Goodwin, 21, died Tuesday afternoon at Greenville Memorial Hospital due to traumatic brain injuries suffered in an Aug. 22 car crash in Gray Court that also claimed the life of a Chesnee woman.

“She was diminutive; she was about five-feet tall, but she had a seven-foot-tall personality,” Laurens District High School Band Director Andy Entrekin said. “She was just very loveable. It was difficult for her not to make friends.”

Goodwin graduated from LDHS in 2014. There, she was a front-line ensemble percussionist with Raiders Marching band.

Entrekin said Goodwin was a dedicated five-year member of the band.

“She was a big part of the resurgence of our program on the state level,” he said. “Her legacy remains with us to this day.”

Goodwin was also an avid bowler and member of the S.C. All-Star Youth Bowling team until aging out last year. Former coaches and the Upstate S.C. Bowling Senate took to Facebook to remember Goodwin. 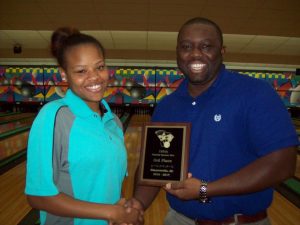 “It’s hard to see someone with such a bright future taken away so abruptly from us,” Janack said. “She was a pleasure to have on the team; she always had a smile on her face. She was an amazing person and very talented bowler.

“She will be greatly missed by all her friends, teammates and family as she was just an outstanding human being.”

“My heart is so saddened with the news of Aley’s loss of life,” Keller wrote. “She has such a smile. . . . My thoughts and prayers to her family and friends. Heaven has gained an angel, that is for sure.”

“Another classmate gone way too soon,” Childress posted. “Rest in Peace Aley Goodwin. Prayers go out to Erica Goodwin and her family.”

According to the S.C. Highway Patrol, Ann Marie Reece, 46, crossed the center line on S.C. Highway 14 near Gray Court-Owings School and collided head on with the 2015 Dodge sedan driven by Goodwin. Reece was pronounced dead at the scene of the accident at 11:43 p.m.

Goodwin and friend Patrick Lierman were extricated from the vehicle and transported to Greenville Memorial Hospital.