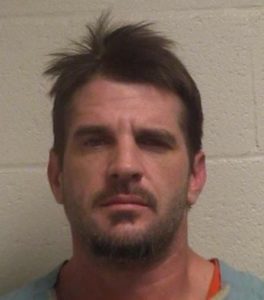 ABBEVILLE – A Cross Hill man arrested for drug trafficking in Laurens, Greenwood and Abbeville counties pleaded guilty and was sentenced to 12 years in prison Monday.

Brandon Curtis Horne, 37, pleaded guilty to two counts of trafficking methamphetamines, unlawful carrying of a pistol and unlawful neglect of a child in 8th Circuit Court. Circuit Judge Donald Hocker sentenced Horne to 12 years as part of the plea agreement.

“I could not be more proud of the way agencies from three of the four counties in the 8th Judicial Circuit worked together to put this long-time nuisance to our communities behind bars,” 8th Circuit Solicitor David Stumbo said. “This case proves that you cannot escape justice, a lesson Brandon Horne learned the hard way. My office will continue to stand shoulder to shoulder with law enforcement to rid our streets of drug dealers like Brandon Horne.”

According to the solicitor’s office, Horne had no previous record related to drug trafficking prior to a string of arrests that began in October of last year.

Horne’s first arrest came in Laurens County when a confidential informant purchased about seven grams of methamphetamines from Horne. A second controlled buy in Greenwood County was the final arrest in the case. He was also arrested in December in Laurens County and charged with unlawful neglect of a child after officers discovered more than 80 grams of meth at Horne’s residence with his children present in the home.

Despite no previous drug-related arrests, the crimes Horne pleaded guilty to are considered serious and violent offenses under state law and Horne must serve a minimum of 85 percent – or about 10 years, two months – before being eligible for release.