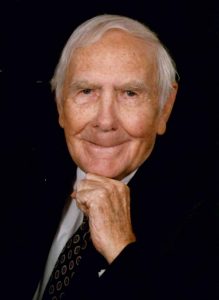 Born in Laurens, he was a son of the late Martin Gary Wallace, Sr. and Amelia Bolt Wallace. A WWII U.S. Army veteran, he was a life-long member of First United Methodist Church where he held numerous offices, including Chairman of Trustees, Chairman of Staff-Parish Relations Committee, and President of Methodist Men. He also served as past President of the Laurens Lions Club.  Mr. Wallace was a former Commissioner for Laurens Commission of Public Works and subsequently served as CPW General Manager for 35 years.  Recently, Laurens CPW honored him when they dedicated the Sam R. Wallace Employee Training Facility on Church Street.

A memorial service for the Martha Franks Baptist Retirement Community will be held at 11:00 a.m. Tuesday, September 5, in Rasor Chapel.