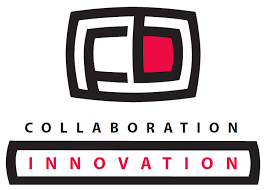 Fisher Barton, a manufacturer located just inside the Laurens County line in Fountain Inn will be closings its doors by mid-September.

“There are several hundred job openings in the vicinity of that plant,” Coleman said. “The good news is that right now in the current economy, there are opportunities for folks and we want to help match people up with those opportunities.”

Coleman said the LCDC has plans for a job fair for current Fisher Barton employees.

“We’re working with (Fisher Barton) to set up a job fair with our other industries who are hiring,” he said. “We want to help them find another job opportunity.”

Fisher Barton’s Fountain Inn facility is one of six manufacturing plants. The others are located in Wisconsin, Illinois, Texas, Vietnam and Ireland. The Fisher Barton Group is the parent company of ten subsidiaries involved primarily in the manufacturing of precision metal stamping and metal fabrication, according to the company’s website.

The closure of the plant at 100 Industrial Blvd., in Fountain Inn was announced on July 19. Coleman said he thinks another business will take over the 75,000-80,000 square-foot building.

“Its unfortunate (that Fisher Barton is closing),” Coleman said. “But it’s a nice building, and I think we’ll be able to recruit another industry to go in there.”