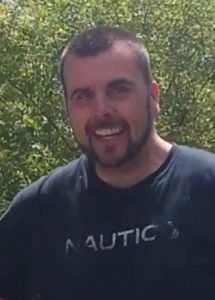 The family of a Joanna man has been using social media in an attempt to find news of his whereabouts, and now the Laurens County Sheriff’s Office is involved in a missing persons case.

Gregory McSwain Morgan, 38, was last heard from two weeks ago, and his sister, Beverly Morgan, said for him to leave without a word is out of character.

“This is very unlike him,” she said. “He might leave for a couple of days, but for him to be gone for two weeks, something is wrong.”

Beverly Morgan said their mother passed away last year, and her brother had been caring for their father, who has been in poor health.

“He doesn’t leave our dad,” she said.

She also said her brother has had legal issues in the past and was incarcerated when their mother died, something that upset him.

“It took a toll on him,” she said through tears.

Beverly Morgan has been using Facebook to find out if anyone has information regarding her brother’s disappearance. In a release Tuesday, the LCSO said its investigators are following incoming leads in the search for Greg Morgan.

“Greg is always around Joanna – he might go to Whitmire or Clinton to visit friends – but he’s always around,” she said. “So, it’s mind-boggling. Something has happened, but I just don’t know what it is.”