The Clinton Dixie Youth 11-12 Ozone baseball team did it the hard way, but it got the job done.

Clinton swept a pair of games Thursday against Sumter in the finals of the state tournament, winning 10-0 (in four innings) in Game 1 and 8-0 in Game 2, getting a combined no-hitter by Zach Fortman and Wil Stewart.

In Game 1, Clinton’s Austin Copeland and R.T. Corley each had two hits, while Justin Copeland had two RBI. Fortman went the distance, giving up two hits and striking out two others.

Game 2 saw Fortman go 3 2-3 innings, walking two and striking out three, before turning the ball over to Stewart. Over the final 2 1-3 innings Stewart struck out two.

Look for a full wrap on the tournament in Wednesday’s edition of The Laurens County Advertiser. 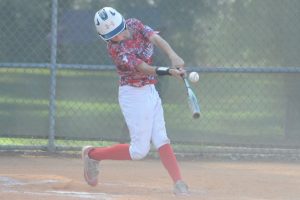