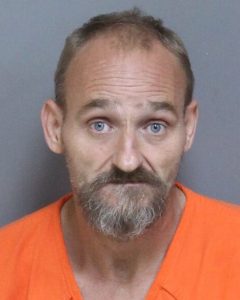 A Laurens man is in the Johnson Detention Center charged with attempted murder for allegedly attempting to run down someone with his vehicle.

Eddie Gene Bagwell, 46, of Laurens, was arrested Friday afternoon by Laurens Police officers and charged with attempted murder and breach of peace aggravated in nature.

According to the incident report, witnesses and the victim stated to police that Bagwell attempted to “kill (the victim) by accelerating at a high rate of speed while (the victim) was walking away from him with his back turned toward the subject’s vehicle.”

Laurens County EMS was called to the scene. The victim was transported to Greenville Memorial Hospital System with what the incident report termed “apparent minor injuries.”

Bagwell, who was driving a black 1990 Ford Mustang, was arrested at the scene of the alleged incident. Bond for the attempted-murder charge was subsequently denied.

The incident report also stated that Bagwell’s car had a video recorder mounted to the dash of the Mustang, which Bagwell told officers recorded the incident. The camera was removed from the car and a search warrant sought to review the recording, the report said.