In anticipation of ample rain tonight (Thursday, June 22), Clinton’s Town Rhythms has been canceled. The Carolina Coast Band was scheduled to perform. 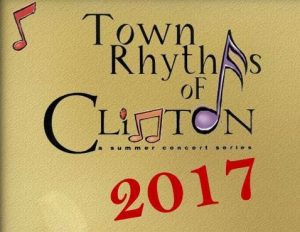 “The Carolina Coast Band and city personnel have been watching the weather closely over the past 24 hours and while you are never 100 percent when you predict the weather, we have decided that it is in the best interest of the band, personnel and visitors to cancel the concert for tonight,” said Mary-Wallace Riley, special projects and communications director with the City of Clinton. “The Carolina Coast Band is willing and ready to work with us for a reschedule date, and we are working on that right now.”

Riley said the city is considering bringing The Carolina Coast Band back in August for the Flight of the Dove weekend.