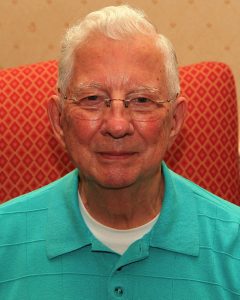 Mr. Kimball served in the US Army and is a veteran of World War II. He was the business manager of Horseheads Central School District,
Horseheads, N.Y., and after retiring moved to Charlottesville, Va. He was the bookkeeper at Our Lady of Peace Nursing Home for 10 years and retired in July 2008.

There will be a celebration of life at a later date.