The prosecution began laying out its case for jurors Tuesday, May 30, in the murder of Edwin Diaz-Chirinos, saying that the Laurens District 55 High School senior was set upon by three other Laurens teenagers. Fabian Lamichael-Rashad Green, 19, faces charges of murder and desecration of a body.

Eighth Circuit Deputy Solicitor Warren Mowry said in his opening statements that Green was the one who bludgeoned Chirinos, 17, with a hammer and then attempted to burn the body at an abandoned home off Taylor Road in Clinton. “I will show you how the victim was enticed to a home at Queens Circle in Laurens and how Fabian Green took a hammer and bludgeoned him to death,” Mowry said. 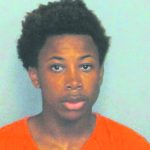 Karina Galarza and Davian Shquon Holman, both 17 at the time of the murder, were also arrested and remain along with Green in the Johnson Detention Center facing murder and other charges.

Chirinos disappeared on Mother’s Day, May 8, of last year. His remains were found May 26 by part-time landscaper Kenneth Hill, who was planning to dump brush he had cleared in the woods at Taylor Road. “When I saw the skull, I just turned around,” Hill recalled on the witness stand. “I just turned around because I didn’t want to see no more.”

During the first day of testimony, Mowry called local and SLED investigators to the stand, showing the jury the crime scene at Taylor 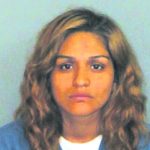 Street where Chirinos’ charred remains and the 2000 Ford Mustang he was driving were found.

Mowry also called Greenville County Chief Medical Examiner Dr. Michael Ward as a witness. Ward performed the autopsy on Chirinos’ remains. Ward testified Chirinos died of blunt-force trauma to the head and that the victim was struck seven times by what he believes to be a hammer with a solid, round end.

“I’ve seen multiple cases similar to this, some where the weapon was retrieved, and they all had very similar wounds,” Ward said. “It’s consistent with the head of a hammer.”

When cross-examined by defense attorney Tristan Shaffer as to whether the weapon could have been a tire iron or golf club, Ward remained confident that the murder weapon was a hammer.

Green, wearing a dark suit, was stoic throughout and appeared to take notes during the proceedings.

“I’m scared,” Shaffer told the jury during his opening remarks. “What I’m scared about is that you will not look past the horrible thing that happened to Edwin because you want to blame someone. … Edwin died a horrible death but Fabian didn’t do it.”

The prosecution will continue its case today.

Moo-ving on: Governor helps corral cow on I-385