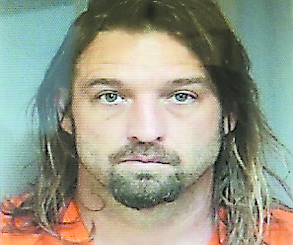 The Laurens County Sheriff’s Office is searching for a man believed to have broken into a Clinton residence, exposing himself, and then stealing a vehicle from another residence. Thomas Andrew Pate, a 6-foot-1, 200-pound white male with blue eyes, is wanted in connection with both incidents, which happened on the 5000 block of S.C. Highway 56.

According to an LCSO release, deputies responded to a burglary call around 1 a.m. on Wednesday, May 24. At that residence, the homeowner said that he and his wife awakened to find Pate standing naked in their bedroom door. An altercation between Pate and the husband ensued with Pate fleeing into a nearby field.

A few hours later, deputies responded to a call on the same block concerning a stolen SUV. LCSO investigators have linked the stolen vehicle, which was later recovered in Spartanburg County, to Pate.

As of Tuesday afternoon, Pate, a registered sex offender, remained at-large and is wanted by the LCSO for first-degree burglary, breach of peace (aggravated in nature) and grand larceny. The LCSO requests that anyone with information about Pate or his whereabouts call the LCSO at 864-984-4967.